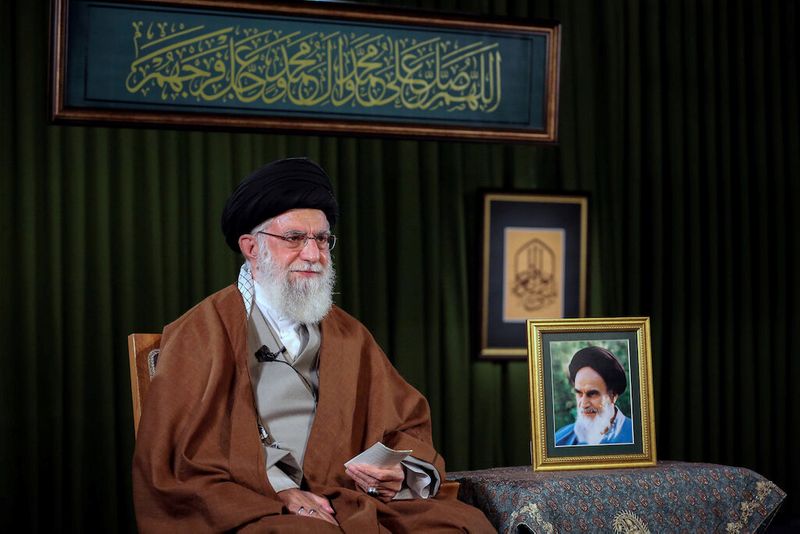 Iran’s Khamenei denounces Israel as “tumor” that will be eliminated

DUBAI (Reuters) – Iran’s Supreme Leader on Friday denounced Israel as a “tumor” to be eliminated and hailed Tehran’s supply of arms to Palestinians, drawing swift condemnation from the United States and the European Union.

Opposition to Israel is a core belief for Shi’ite-led Iran, which backs Palestinian and Lebanese armed groups opposed to peace with the Jewish state, which Tehran refuses to recognize.

“The Zionist regime (Israel) is a deadly, cancerous tumor in the region. It will undoubtedly be uprooted and destroyed,” Supreme Leader Ayatollah Ali Khamenei, said in an online speech.

The United States and European Union rejected the comments.

U.S. Secretary of State Mike Pompeo on Twitter dismissed them as “disgusting and hateful anti-Semitic remarks” that did not represent the tradition of tolerance of ordinary Iranians.

Although leaders of Palestinian militant groups in Gaza, including Hamas and Islamic Jihad, have frequently praised Iran’s financial and military support, Khamenei had not himself previously given public confirmation of Tehran’s weapons supply.

“Iran realised Palestinian fighters’ only problem was lack of access to weapons. With divine guidance and assistance, we planned, and the balance of power has been transformed in Palestine, and today the Gaza Strip can stand against the aggression of the Zionist enemy and defeat it,” he said.

Israeli Defence Minister and Alternate Prime Minister Benny Gantz said: “The State of Israel has great challenges in a variety of arenas. Khamenei’s statement that Israel is a ‘cancerous tumor’ illustrates this more than anything.”

He said on Facebook (NASDAQ:FB): “I do not suggest anyone to test us …We will be prepared for all threats, and by any means.”

Iranian officials have repeatedly called for an end to Israel, including by a referendum that would exclude most of its Jews while including Palestinians in the region and abroad.

Khamenei said his referendum idea showed that accusations of anti-Semitism against Iran’s position on Israel were unfounded.

Israeli Prime Minister Benjamin Netanyahu called Iran “the most antisemitic regime on the planet” in an address during a Holocaust memorial in Jerusalem on Jan 23.

Khamenei suggested global attention on the coronavirus crisis had helped obscure wrongs done to Palestinians. “The long-lasting virus of Zionists will be eliminated,” he added.

Khamenei was speaking on Iran’s annual Quds Day, which uses the Arabic name for Jerusalem, held on the last Friday of the fasting month of Ramadan.

Iran cancelled nationwide Quds Day rallies due to coronavirus. Iran is one of the most-affected countries in the region with 7,300 deaths and a total of 131,652 infections.

Khamenei also denounced what he called treason by “political and cultural mercenaries in Muslim countries” helping Zionists to downplay the Palestine issue, an apparent reference to some Arab states including Iran’s regional rival Saudi Arabia.